Bowl Projections for BYU After 3-0 Start 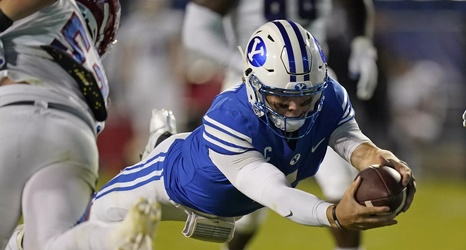 BYU is 3-0 and on a roll, ranked 15th in the AP Poll. As such, the national hype train is full steam ahead and that includes a few bold bowl projections.

This would be BYU’s second trip to this particular bowl. In 2011, the Cougars beat Tulsa behind quarterback Riley Nelson. Cincinnati is currently higher than BYU in the polls at No. 11, thus this could be a sneaky good matchup. The Cougars and Bearcats have met twice, with BYU taking both matchups. Among Group of 5 teams, Cincy is about as solid as they come with back-to-back 11-win seasons heading into this year and they appeared in back-to-back BCS bowls in 2008 and 2009.