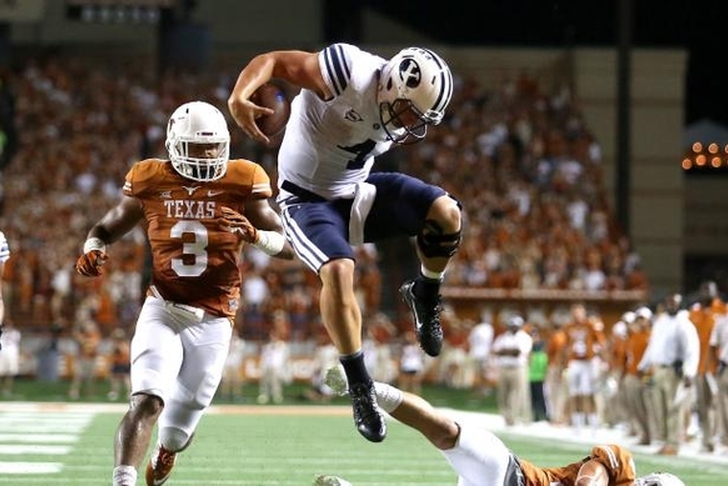 The BYU Cougars experience the highest of highs and the lowest of lows in today's 33-28 upending of the Nebraska Cornhuskers in Lincoln, Nebraska.

On the one hand, freshman QB Tanner Mangum stunned the Huskers with a hail mary to end all hail marys to win the game in dramatic fashion. On the other hand, star starting QB Taysom Hill is out for the year after leaving in the second half with a foot injury suffered after sliding to avoid a hit.

Per Darnell Dickson of the Daily Herald:

Taysom Hill gone for the season, per Bronco Mendenhall. #BYUvsNEB

Aside from announcing that Hill will miss the season, the BYU head coach did confirm that the foot was the issue. A Heisman Trophy dark horse, Hill threw for 268 yards, one touchdown and one interception before leaving the game.

This is the third time in four years that Hill's season will end on a season-ending injury before the calendar turns to November.

Mangum finished the game 7-of-12 for 112 yards and one touchdown -- the TD coming on the Hail Mary that won the game. Mendenhall neither confirmed or denied whether Mangum will be named the starter for the rest of the season.