Where are they now: Gordon Hayward 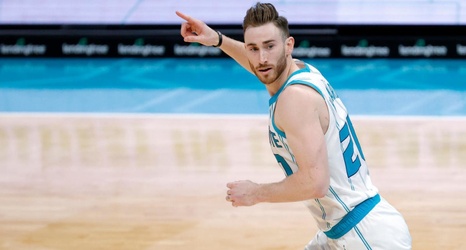 Gordon Hayward runs back on defense in a game earlier this season with the Charlotte Hornets. Hayward is averaging 21.5 points per game on 49% shooting from the field. Photo by CBS Sports.

Campbell Donovan, then a rising sophomore walk-on guard for the Butler men’s basketball team, remembers stumbling upon Gordon Hayward in the summer of 2018, a year after Hayward suffered a gruesome leg injury that caused him to miss an NBA season and undergo two surgeries. Hayward was shooting around in Hinkle Fieldhouse while Butler had an open gym in preparation for its season.