'That was the best year.' Butler honors back-to-back Final Four teams with Hall of Fame night 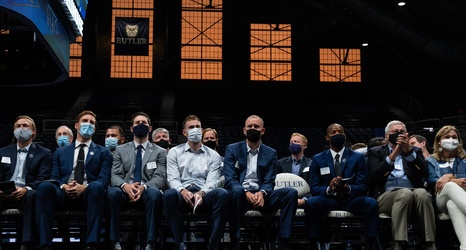 INDIANAPOLIS – Brad Stevens was explaining, better than I could in 20 years on this beat, why it is so difficult to capture all the components of the Butler Way. And not only during the magical runs of 2010 and 2011, but other years, too.

What is it, the former Butler coach said he is often asked, that makes Butler different?

You could feel it Thursday inside Hinkle Fieldhouse.

In-depth: 3 inches from the greatest basketball story ever told

It was billed as a ceremony for inductees into the Butler Athletics Hall of Fame, featuring two teams, college basketball’s back-to-back runners-up.