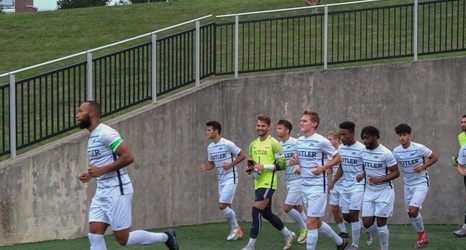 Butler men’s soccer running out of the tunnel into the Sellick Bowl during their matchup against the UW-Milwaukee Panthers on Sept. 3. Photo by Julian Cirnigliaro.

In their first normal season in over a year, Butler’s men’s soccer team will be looking to make a deep postseason run. The Bulldogs finished an abbreviated spring season last year with a 4-6-2 record, but the results did not tell the full story.

This season’s team returns much of the core that played in the spring. There have been flashes of excellence as well as rough patches to start the fall season.