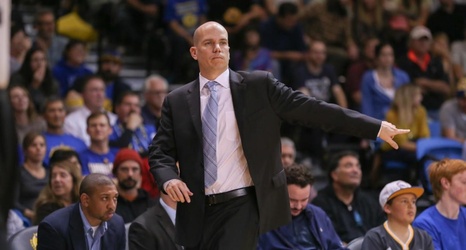 Nate Bjorkgren coaches from the sideline as an assistant with the Toronto Raptors. Bjorkgren took over as the new head coach of the Indiana Pacers on Oct. 20. Photo courtesy of CBS Sports.

With the hire of Nate Bjorkgren — bee-ork-gren — as head coach, the Indiana Pacers have officially signalled the beginning of a new era for Pacers’ basketball.

The team announced the hire on Oct. 20, nearly two months after the dismissal of former head coach Nate McMillan, who had come off four winning seasons. The Pacers did not win a playoff series during McMillan’s tenure in Indiana.