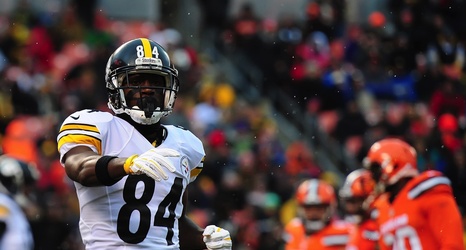 Antonio Brown joined the New England Patriots after being released by the Oakland Raiders following several incidents during the offseason. Photo courtesy of Brook Ward/Creative Commons.

Antonio Brown’s situation is very peculiar to say the least.

It was obvious that he had some issues after the disaster during his last couple years in Pittsburgh. We all know he’s one of the best wide receivers, if not the best, of the last decade. A seven time pro-bowler, Brown has seven seasons with over 1,000 yards receiving and is a four-time first team All-Pro.