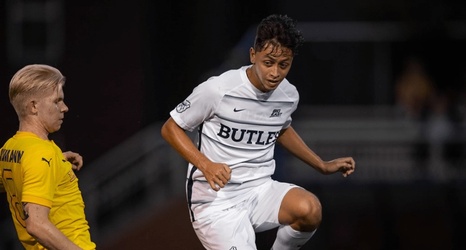 Butler forward Wilmer Cabrera Jr. tries to make a play on the ball in the match against Lipscomb on Sept. 23. Photo courtesy of Butler Athletics.

The Bulldogs suffered their seventh loss of the season to the hands of Seton Hall. The somewhat bizarre match featured five goals, late referees, a malfunctioning scoreboard, and a blackout at the Sellick Bowl.

All five goals were scored in the first half beginning in the fifth minute. Seton Hall’s sophomore defender Mark Wailer headed in a close-range cross from junior defender Denis Kelmendi.