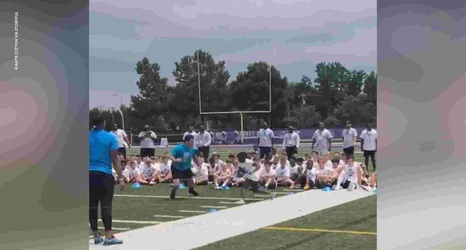 Harris, a 3-star point guard and the No. 131 overall recruit according to the 247Sports Composite rankings, is also a steady influence on the AAU circuit, where he played for Team Takeover. He had a 4-to-1 assist-to-turnover ratio entering the Nike EYBL Peach Jam.

“Chuck is one of those players, he’s very, very explosive,” said Steven Gerald, an assistant coach on Team Takeover.