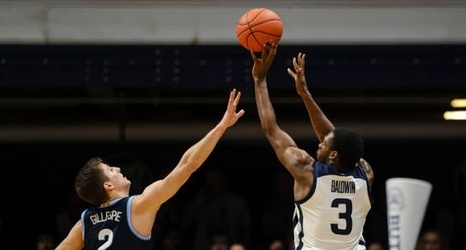 Baldwin swished a 3-pointer as time expired, and No. 19 Butler held on to defeat No. 12 Villanova 79-76 in Big East basketball Wednesday night at Hinkle Fieldhouse.

Baldwin came into the game having missed 13 consecutive 3-point attempts.

Thompson returned to the Butler lineup after missing the previous three games with an injured left wrist. The Bulldogs were crisper on offense with him running the point.

They needed to be.