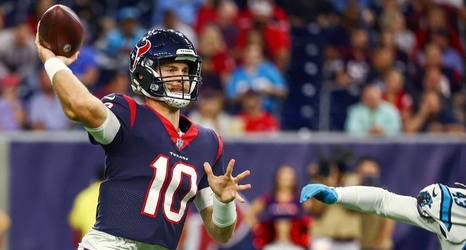 On first and goal from the Carolina 1 with the Texans trailing 7-0, Mills found Miller all alone in the back of the end zone.

The catch was Miller's first touchdown since he was traded to Houston during training camp. Texans kicker Joey Slye, signed to the active roster on Thursday, missed the extra point to keep it a one-point game.

Mills, a third-round draft pick, made the start after Tyrod Taylor injured his left hamstring against the Cleveland Browns in Week 2.