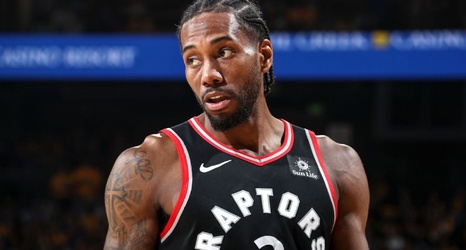 OAKLAND, Calif. - Houston Rockets general manager Daryl Morey coined the 5% theory. It goes something like this: If you believe your team has even a 5% chance at winning the championship, then you should go all in to try to make it happen.

A year ago, the Toronto Raptors weren't even a 5% theory team. The oddsmakers had them as a 2.5% team. At one time last summer, the Raptors were 40-1 to win the NBA title.

Then they traded for Kawhi Leonard, traded for Danny Green, traded for Marc Gasol, got an explosive breakout from Pascal Siakam, saw the birth of a child give Fred VanVleet superpowers and had the friendliest rim bounce in history.