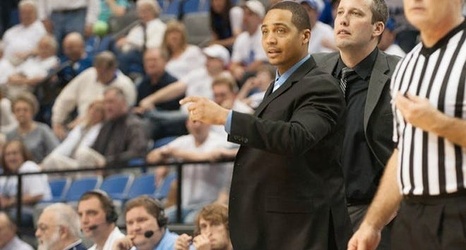 INDIANAPOLIS – David Ragland, who once nearly landed the head coaching job at Evansville, has been hired by Butler as an assistant basketball coach.

Ragland, an Evansville native, turns 40 on Wednesday. He is coming off three years as an assistant at Utah State after stops at Valparaiso, Northern Kentucky, Bowling Green, Indiana State and Frank Phillips College.

Ragland was considered to be runner-up to Walter McCarty in Evansville’s 2018 coaching search.