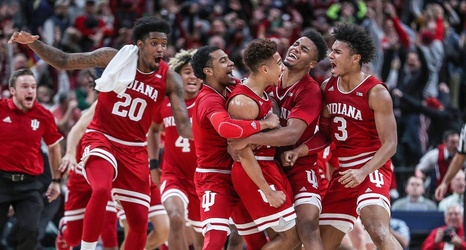 Editor's note: On Tuesday, Mike Carmin of the Journal & Courier reported this year's Crossroads Classic will be the last edition of the annual college basketball showcase at Bankers Life Fieldhouse. This story was originally written in Dec. 2018.

The event's short history is already filled close games (Butler's first two wins were each by two points), upsets (six ranked teams have lost, only one to a higher-ranked team) and comebacks.

Hoosiers freshman Rob Phinisee beat the buzzer with a 3 (Obviously,” he says, “it wasn’t drawn up like that.