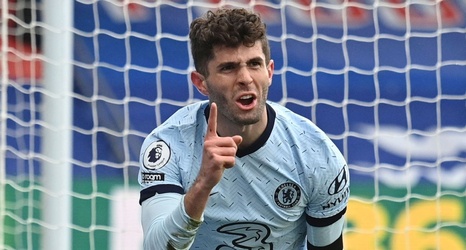 Chelsea will contest the Wembley showpiece against Leicester City -- stream LIVE on ESPN, May 15, 12:30 p.m. ET, ESPN+ -- a little over nine months on from losing last season's rescheduled final to Arsenal, a match in which Pulisic scored, got injured and ended with a runners-up medal as the Gunners won 2-1.

"I've watched a bit of [that final again], yes," he tells ESPN in this exclusive interview. "It was a game where we obviously started strong, we were able to get ahead but unfortunately it wasn't our day in the end.