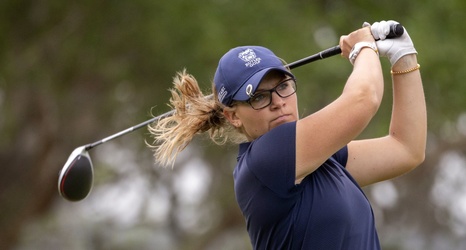 Claire Edwards in action during a tournament last season. Photo courtesy of Butler golf on Twitter.

The Butler women’s golf team enters the 2019-20 season under new leadership with a new coach and core group of upperclassmen.

Butler has a new head coach at the helm of its program. Christie Cates is entering her first season as head coach after previously working as an assistant coach under Bill Mattingly. Mattingly remains the head coach of the men’s program.

As a Butler graduate and former player under Mattingly, Cates said she feels “very lucky and fortunate” to be in the position she is in.