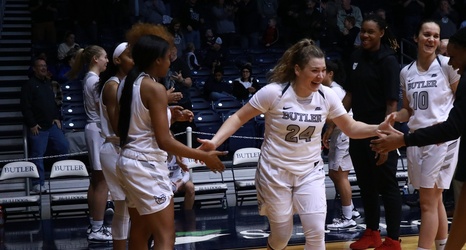 Kristen Spolyar is introduced before a game last season. The Bulldogs host Seton Hall in their conference opener on Dec. 29.

The Butler women’s basketball team will open up Big East play at home against Seton Hall on Dec. 29, the Big East Conference announced on Sept. 12 as the conference schedule was released.

The Bulldogs will then host St. John’s in their second game of conference play on Dec. 31 before traveling to Cincinnati, Ohio, to take on Xavier in their first Big East road contest.