Butler vs. Xavier: Beyond the box score 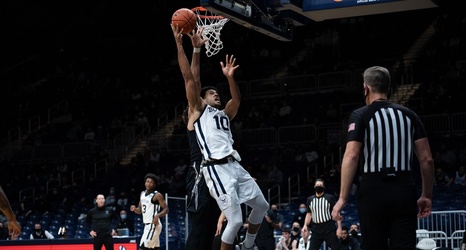 The Butler men’s basketball won their second Big East Tournament game in program history tonight, defeating Xavier at Madison Square Garden in overtime, 70-69. The Bulldogs were down by as much as 19 points in the first half and were trailing by 14 points at halftime.

Three Butler players finished with 19 or more points; Chuck Harris led the way with a game-high 21 points including the game-winning free throws with three seconds remaining in overtime. The freshman guard made none of his eight field goal attempts in the first half, but made seven of nine in the second half.