Butler vs Seton Hall: What you need to know 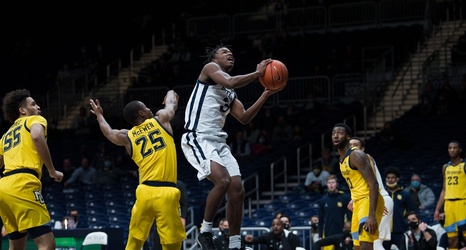 Chuck Harris attempts a layup in Butler’s loss to Marquette last week. Harris scored a team-high 14 points in the Bulldogs’ loss at Xavier on Sunday. Photo by Zach Bolinger.

Just two weeks ago, the Butler men’s basketball team defeated St. John’s in a come-from-behind overtime victory. The win was the Bulldogs’ second in a row, as the team saw opportunities to move up the league standings with winnable games coming up against Georgetown and Marquette.

Since then, Butler has averaged just 57 points per game and dropped three consecutive conference games.