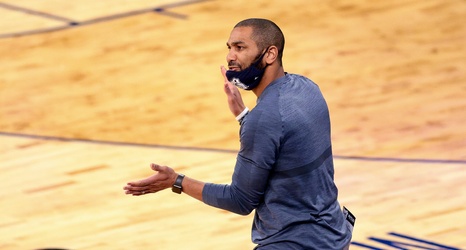 INDIANAPOLIS – For the second time in three college basketball seasons, Butler will open against IUPUI at Hinkle Fieldhouse. It is set for Tuesday, Nov. 9.

It will be the head coaching debut for IUPUI’s Matt Crenshaw, a former IUPUI and Ball State assistant.

Additionally, Butler announced it will play exhibitions against Tiffin on Oct. 30 and University of Indianapolis on Nov. 5.

The only other announced game so far is Dec. 7 at Oklahoma in the Big East/Big 12 Battle. The Sooners’ new coach is former Loyola-Chicago coach Porter Moser.