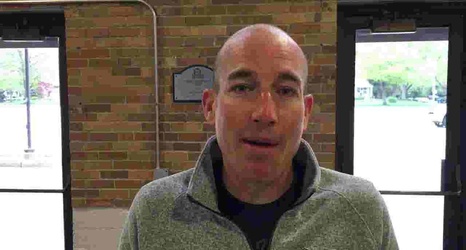 A year ago, Michael Kaltenmark found himself in disbelief after a visit with his doctor.

The Butler’s director of external relations and handler of the school's English Bulldog mascot "Blue" was given five years to live.

His kidneys were failing.

In late April, Kaltenmark went against his personal feelings and followed the advice of his doctor, revealing his need for a kidney on social media in search of match.