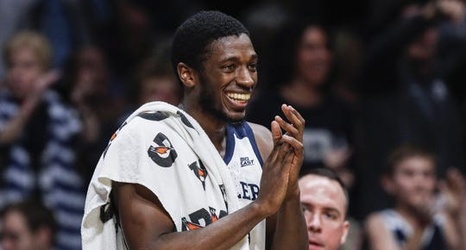 INDIANAPOLIS – Point guard Aaron Thompson was on the bench. So was center Derrik Smits. Butler’s two other bigs, Bryce Nze and Bryce Golden, were in foul trouble.

But when you have Kamar Baldwin, all of that is details.

Baldwin made two clutch baskets down the stretch, and the 20th-ranked Bulldogs held on to beat Xavier 66-61 in Big East basketball Wednesday night at Hinkle Fieldhouse.