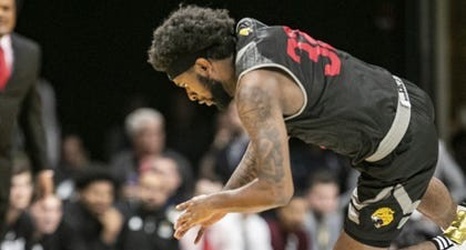 In a college basketball opener in which the Bulldogs were down seven players, Sean McDermott scored 26 points and led them to an 80-47 victory over IUPUI at Hinkle Fieldhouse.