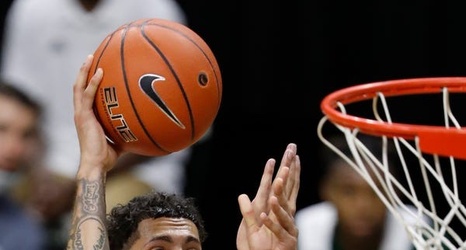 INDIANAPOLIS – With a bloated college basketball roster featuring four seniors returning, there was little room for the Butler men's basketball team to add anyone for the 2021-22 season except a high-scoring wing.

That is who the Bulldogs seemingly landed in Ty Groce.

The 6-8 Groce, of Ypsilanti, Mich., announced Friday on Twitter he is leaving Eastern Michigan for Butler as a graduate transfer. His move follows Stan Heath being hired to replace longtime Eastern Michigan coach Rob Murphy.

Among other programs showing interest in Groce were Georgetown, Marquette, Clemson, UNLV, Wichita State and Utah. Butler coach LaVall Jordan has strong recruiting ties to the state of Michigan, where he grew up and later was a Big Ten assistant coach for Michigan.