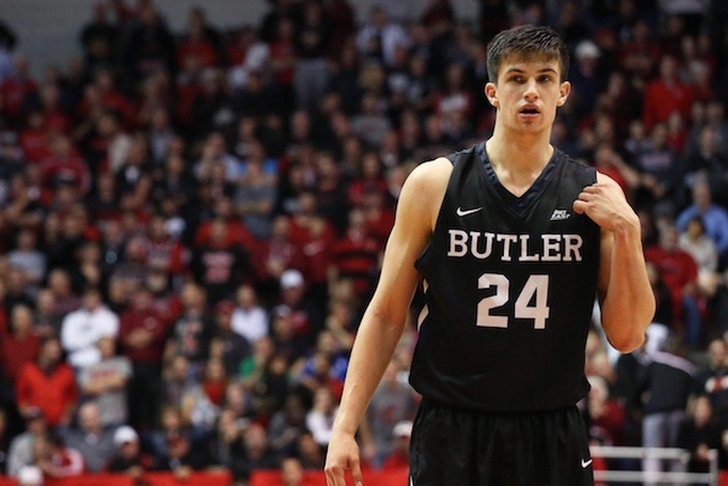 The Butler Bulldogs and Texas Tech Red Raiders were engaged in a highly-anticipated 8/9 matchup, and they didn't disappoint on the court. Both sides traded the lead back and forth throughout, but it was Butler who came out on top with the 71-61 win.

Texas Tech was on fire early, jumping out to a quick 21-13 lead, but a Kellen Dunham three-pointer capped a 17-7 run by Butler as the Bulldogs took a 30-28 lead into halftime.

Neither team was able to get a lead more than two points for the first 11 minutes of the second half, then the Bulldogs started to take control with a 8-0 run. Texas Tech was never able to recover, and Butler made big shot after big shot down the stretch to preserve the victory.

Dunham led the way all afternoon for Butler, leading them with 23 points on 8/15 shooting - including 5/9 from three-point range. In fact, Butler's whole team shot well from behind the arc. The Bulldogs shot 52.9 percent from deep, which ultimately gave them the advantage on the scoreboard.

Senior guard Devaugntah Williams came off the bench to lead the Red Raiders with 18 points. Justin Gray led all of Texas Tech's starters with 10 points.

Butler now advances to play the winner of (1) Virginia vs. (16) Hampton on Saturday.