Westwood A Doubt On Landmark Night For Quartet 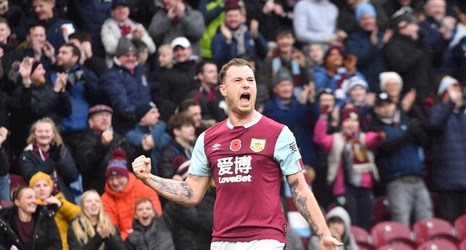 Ashley Westwood is an injury concern as the Clarets look to welcome champions Manchester City to Turf Moor on Tuesday.

The Clarets midfielder missed the weekend defeat to Crystal Palace through suspension.

However, Westwood’s 200th Premier League appearance – on an evening when four of the Clarets squad are set to mark top-flight milestones - is now in doubt following a groin problem.

Boss Sean Dyche revealed: “Westy comes back into the fold, but he has a slight niggly groin, so we will have to be careful with that.”

Along with Westwood - who has made 75 appearances for Burnley after playing 124 top-flight games at former club Aston Villa – team-mates Ashley Barnes, James Tarkowski and Nick Pope are all on the verge of reaching personal milestones appearances on Tuesday.