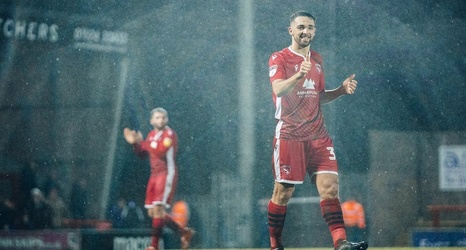 A close look at how all the young Clarets out on loan fared over the weekend's fixtures.

Seven of the U23s were all in action for their respective loan clubs, with U18 striker Mitch George also featuring for Clitheroe.

Adam Phillips and Ryan Cooney made their debuts for Morecambe, against Colchester United at the Globe Arena, with Phillips hitting home the equaliser with 20 minutes to play and picking up the man-of-the-match award.

Anthony Glennon also made his debut, starting for Grimsby Town against Leyton Orient, which finished 1-1.