'We could have scored 5, 6 or even more goals': Southampton boss Ralph Hasenhuttl heaps praise on his side after comeback win over Burnley as he hails importance of winning 'six-pointer' to all-but secure their spot in next season's Premier League 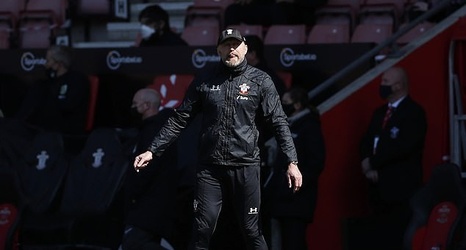 Ralph Hasenhuttl praised his Southampton side for their belief and desire to come back from 2-0 down to beat Burnley 3-2 in a relegation 'six-pointer'.

The Saints got off to the worst possible start as Chris Wood's penalty and Matej Vydra's well-taken strike put the Clarets in control in the first half an hour, but goals from Stuart Armstrong, Danny Ings and Nathan Redmond turned the game around.

Hasenhuttl claimed his side has been working on improving their finishing in the international break and that they could have scored even more than three.