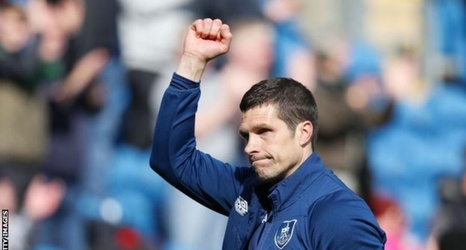 Two weeks ago, the question on many people's lips was: "What are Burnley doing?"

Sean Dyche, a manager with experience of escaping relegation, was sacked and replaced by caretaker Mike Jackson, whose last foray into management ended in the sack at Tranmere.

Four games on, Jackson has pulled Burnley five points clear of the drop with a remarkable run - the best start of any Burnley manager for 31 years.

The Clarets are not out of trouble yet - but Jackson's Burnley are the form team at the bottom.

Remarkably, their dramatic late 2-1 win over Watford on Saturday was the first time they have won when trailing at half-time away from home in the Premier League.