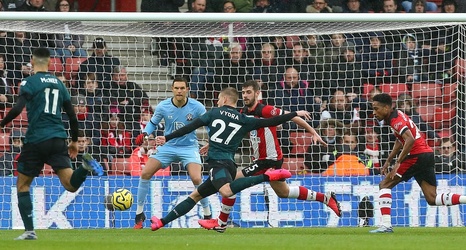 Matej Vydra has won the Budweiser Premier League Goal of the Month award.

Vydra’s stunning finish at Southampton earned the Clarets’ striker the prize for February.

And his winning effort – which gave the Clarets a 2-1 victory at St Mary’s Stadium during their current seven-match unbeaten run – made it a landmark Turf Moor double after Sean Dyche was earlier named as the Barclays Premier League Manager of the Month.

Vydra, whose first goal for 17 months saw him collect a long pass from Jeff Hendrick on his chest before giving the Saints’ defence the slip and volleying left-footed into the top corner, beat seven other short-listed players to the top-flight award.