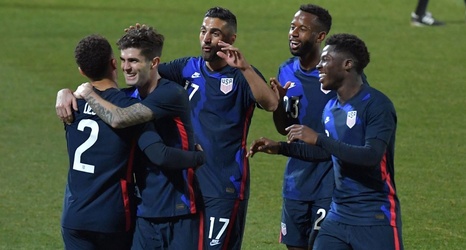 It is a new and exciting problem for a fan of the U.S. men's national team: how does one keep up with all the promising Americans in Europe? Even the 2002 team that nearly made the World Cup semifinals was only peripherally on the European radar: midfielder Claudio Reyna was at Sunderland, defender Frankie Hejduk played for Bayer Leverkusen and forward Brian McBride was about to complete his move to Fulham. In 2021, you've got well over 20 players to monitor, and it appears more are on the way.

So, with the March international break underway -- and the USMNT off to a strong start by thrashing CONCACAF rivals Jamaica 4-1 on Thursday -- it's a good time to check in on a lot of these Americans and see how they've been performing overseas this season.