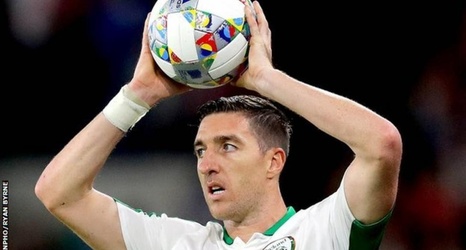 Walsall defender Stephen Ward has announced his retirement from football.

The 50-times capped ex-Republic of Ireland international, 36, played 477 games in English football in a career largely spent with Wolves and Burnley.

Ward was signed for Walsall last summer by then boss Matthew Taylor but his successor Michael Flynn is sorry that he has taken the decision to pack in.

"He's somebody I'd love to have worked with for a longer period. He's a breath of fresh air," Flynn told BBC Radio WM.

"But, unfortunately, he's at the age where he thinks his body's had enough.