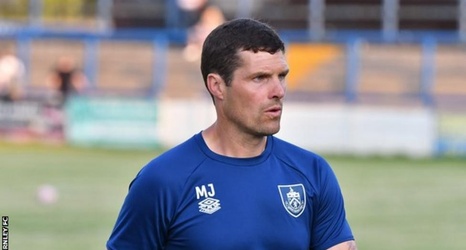 Burnley players were in "shock" after Sean Dyche's sacking but do not have time to dwell on the situation, says interim boss Mike Jackson.

Dyche was dismissed on Friday after nearly 10 years in charge at Turf Moor, with the Clarets 18th in the Premier League and four points from safety.

"I think it has come as a shock to the players," he said.

"That is human nature, but they are an experienced group.

"For us it's about the whole club coming together - everyone here, the fans and everybody bunkering in to take away all the noise and concentrate on what we need to do.