Sam Johnstone insists he won't feel the pressure if he represents England at Euro 2020... as the West Brom goalkeeper opens up on his on-field 'comfort zone', why he had to leave Man United and a possible summer return to the Premier League 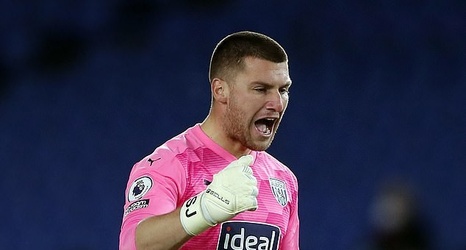 The legendary Australia all-rounder and former World War II pilot Keith Miller once said that pressure was not playing cricket, but was 'having a Messerschmitt up your arse'.

Sam Johnstone has his own version. For the West Brom and now England goalkeeper, pressure would not be taking the role of his country's last line of defence at the European Championship this summer.

Instead, pressure is standing on a chair on a hotel in Burnley in front of Yeovil team-mates you have met minutes earlier, and then belting out an initiation version of Candi Staton's 'You Got The Love'.