Roma boss Paulo Fonseca on Crystal Palace's managerial shortlist - along with Frank Lampard and Sean Dyche - with Roy Hodgson, 73, yet to discuss his future with the club 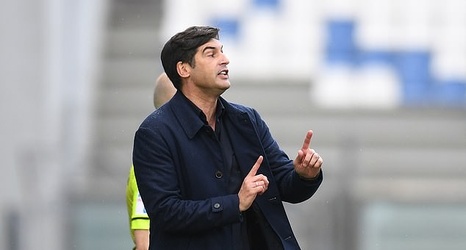 Roma manager Paulo Fonseca has been added to Crystal Palace's shortlist should Roy Hodgson depart at the end of the season.

Palace, who face Everton on Monday, are yet to sit down with 73-year-old Hodgson to discuss what happens after his current deal runs out in the summer and are assessing alternatives in case the former England manager doesn't continue.

The Portuguese coach managed Braga and Shakhtar before moving to Italy in 2019.