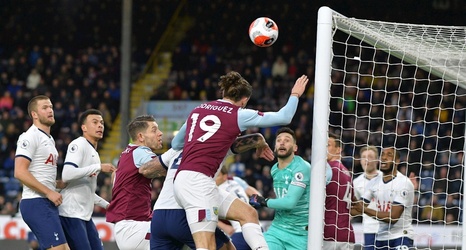 The Clarets will have their striking resources stretched with Jay Rodriguez added to the injury list ahead of Saturday’s visit to Premier League champions Manchester City.

Rodriguez has been ruled out of the trip to the Etihad Stadium with a twisted knee and isn’t likely to figure again until after the up-coming international break.

And Ashley Barnes is not yet ready to return following his recovery from hernia surgery as the Clarets look to extend their seven-match unbeaten run.

Barnes completed an hour in a training-ground game on Tuesday and has been penciled in for a further run-out ahead of a potential first-team return.