REVEALED: Sam Johnstone was pushing to be England's No 2 goalkeeper BEFORE Dean Henderson pulled out, with coach Martyn Margetson hugely impressed with West Brom shot-stopper 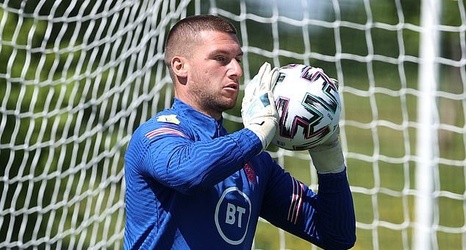 Dean Henderson has withdrawn from the Euros squad amid a serious challenge from Sam Johnstone for his role as England No 2.

Manchester United keeper Henderson has been replaced by Sheffield United's Aaron Ramsdale after being forced to leave Gareth Southgate's 26-man party ahead of Friday's clash against Scotland with a hip injury.

Henderson appeared to be promoted to the role as Jordan Pickford's direct understudy for the tournament after injury precluded usual No 2 Burnley shot-stopper Nick Pope from being selected.

However, Sportsmail understands Henderson's apparent position as second-choice goalkeeper for the tournament was not set in stone.