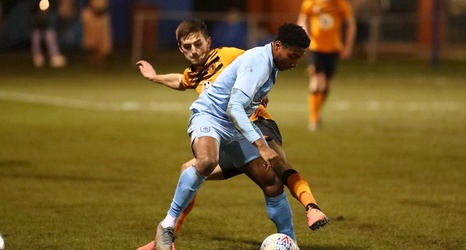 After it looked like nothing could seperate the two sides, it was N'Guessan's 93rd minute close range strike, from a corner that gifted the visitors all three points.

The win saw Burnley move to second in the table, just a point behind leaders Birmingham City, on a blistering cold Monday night in East Yorkshire.

It was a first start since early September for centre-back Bobby Thomas, as the defender returned to action, after being sidelined for a couple of months through injury.