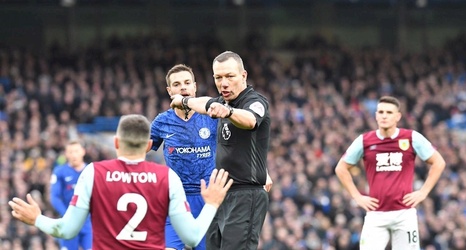 The Clarets again found facing top-six opposition too big a gap to ‘Bridge’ as the 100th meeting between the sides went Chelsea’s way.

The build-up to the century has often gone well for the Clarets on their recent trips to West London and another positive result would have been a welcome way to end a three-game losing run in the Premier League.

But once a desperately tight VAR decision had denied Sean Dyche’s side a possible opening goal, Chelsea got their noses in front from the penalty spot and never looked back.

A depleted Burnley line-up didn’t throw in the towel but the habit of conceding soft goals to the division’s leading lights again proved costly.