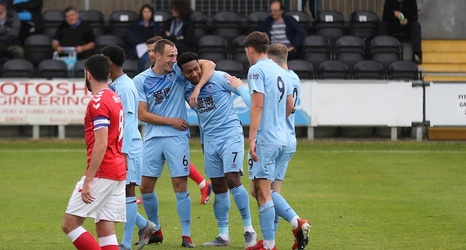 Steve Stone’s side secured their first win of the season with a 3-2 win over Charlton Atheltic at Dartford’s Princes Park Stadium, as midfielder Mace Goodridge returned to action after 11 months on the side-lines through injury.

Burnley took the lead through Ali Koiki with 13 minutes played, before goals from Josh Davison and Johl Powell gave the hosts the lead at the break, but Koiki pulled the scores level just before the hour mark with his third goal of the season, before U18 striker Mitch George snatched the winner in the 67th minute.