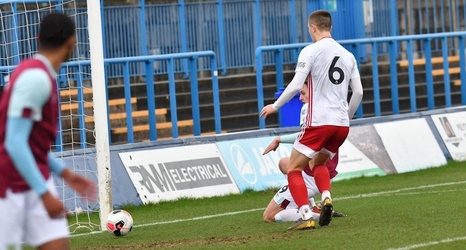 The Clarets bounced back in impressive style to win a feisty Roses battle and re-claim joint top spot.

Goals from Rob Harker and Bobby Thomas got Burnley’s challenge back on track following their first league defeat of the season at Nottingham Forest last week.

That allowed Forest to steal a march in the race for pole position in the U23 Professional Development League.

Jordan Cropper’s addition to the list of players loaned out to gain first-team experience meant another change at right-back with Ollie Younger returning to the Clarets’ starting line-up to fill the void.