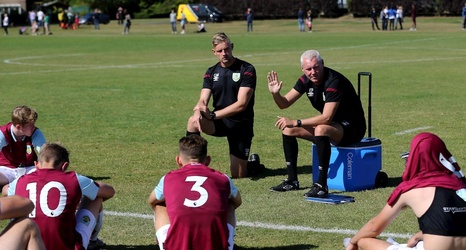 Tony Philliskirk's side fell to a 3-0 defeat at home to league leaders Wigan on Saturday morning in the Proffesional Development League.

It was a Burnley line-up with two changes to the side that beat Leeds United last weekend.

Defender Matty Rain started on the left-wing instead of the usual left-back position, meanwhile Kane Pattersn returned to the side, along with Udoka Chima.

After a fairly quiet start, Wigan, who had won their previous eight matches, got the opener just before the half-hour mark, from a corner routine.

And just before the break, the Latics doubled their lead, after a swift attacking move.