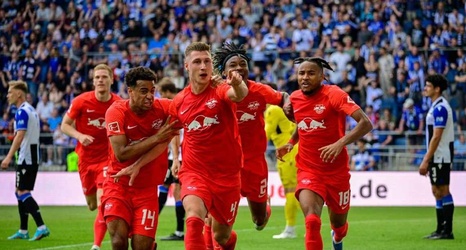 ESPN's lead Bundesliga commentator Derek Rae is in Berlin for the DFB-Pokal Final (stream LIVE, 2 p.m. ET, ESPN+ in the U.S.) between Freiburg and Leipzig. He reflects on the twists and turns of RB Leipzig's season. Will it end with the club's first major trophy or in tears and soul searching for a club still denied wider acceptance.

It has become fashionable to mock RB Leipzig's fan support or more accurately, the lack of it. Not even the recent Europa League semifinal decider at Ibrox against Rangers could tempt more than a handful to make the journey, something that would have been a special, once-in-a-lifetime pilgrimage for supporters of better-established clubs.