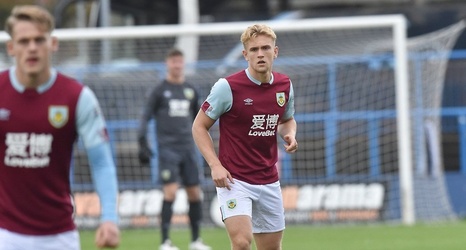 Defender Oli Younger is looking forward to his first taste of Premier League Cup action, as the Clarets are due to face Crystal Palace this afternoon, subject to an 11am pitch inspection at Bamber Bridge.

Younger returned to action on Monday against Sheffield Wednesday, at Curzon Ashton's Tameside Stadium, after a month out due to picking up an injury in training.

The Skipton-born defender put in an impressive performance in his first game back, alongside Scott Wilson in defence, who both had the task of battling with ex-Blackburn Rovers and Norwich City striker Jordan Rhodes.