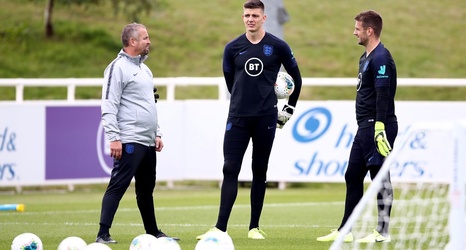 Nick Pope is delighted to be back in business – for club and country.

The Clarets’ goalkeeper endured an ‘annus horribilis’ in 2018/19 after crashing down to earth with a bump.

Less than three weeks after watching from the bench as England lost in the semi-finals of the World Cup, Pope suffered a long-term shoulder injury in the Clarets’ opening Europa League qualifier at Aberdeen at the end of July.

That put his burgeoning career on hold as fellow England men Joe Hart and Tom Heaton filled the void for Sean Dyche’s men throughout last season.