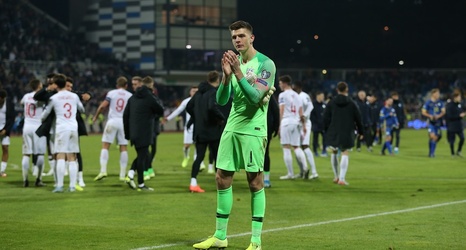 Sean Dyche believes Nick Pope will carrying on getting better after earning his first England start.

Pope returned to the Clarets’ camp on a high after helping England beat Kosovo 4-0 in a Euro 2020 qualifier to guarantee top spot in their group.

And Dyche is confident there is even more to come from the Clarets goalkeeper, who signed a new contract at Turf Moor in the summer.

“I’m pleased for him,” said the Clarets’ boss, who restored the 27-year-old to Premier League duty at the start of the season.

“It was a dominant night, but the one thing I know from being a defender, let alone being a goalkeeper, is that it’s lovely when you’re playing and you get a clean sheet.