Pope Hopes To 'Clean Up' 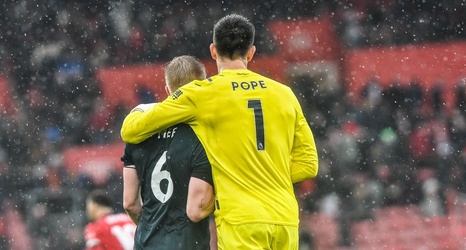 Nick Pope is chasing a personal best and a new club record as the Clarets aim to keep it clean.

Pope has recorded nine clean sheets so far this season with a dozen Premier League games to go.

Only Liverpool’s Alisson has earned more, with the Brazilian one ahead of Pope, Sheffield United’s Dean Henderson and Leicester City’s Kasper Schmeichel in the race for the league’s golden glove.

More uppermost in Pope’s mind, however, is continuing the Clarets’ mean streak which has taken them to within three of the 12 clean sheets they enjoyed in the 2017/18 season – their highest total as a Premier League club.