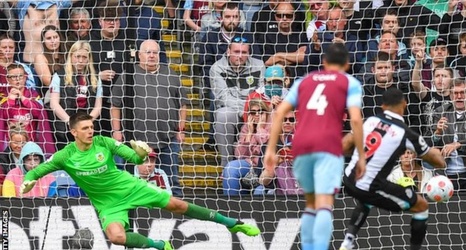 The 30-year-old England international, who has a year left on his contract, would provide Eddie Howe's side with an alternative to Martin Dubravka.

Burnley are due to pay back a portion of a £65m loan because of their relegation from the Premier League.

Pope has eight England caps, with the last in the 3-0 win over Ivory Coast in March, but he was named in Gareth Southgate's Nations League squad.

A move to Newcastle would boost any hopes he had of making November's World Cup in Qatar.