Newcastle CONFIRM the signing of England goalkeeper Nick Pope on a four-year deal after leaving Burnley for £12m... as boss Eddie Howe hails his 'exceptional' new shot-stopper to give him strong competition for No 1 jersey 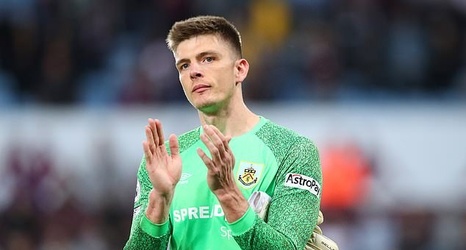 Newcastle United have confirmed the signing of England goalkeeper Nick Pope on a four-year deal from Burnley worth around £12million.

Pope has enjoyed six years at Turf Moor and established himself as a highly-rated shot stopper in the Premier League, but always looked likely to move on after the Clarets were relegated last season.

After the deal officially went through, Magpies boss Eddie Howe could not hide his delight at getting the move over the line to strengthen his goalkeeping options.

'Nick is an exceptional Premier League and international level goalkeeper so I'm very pleased to be adding strong competition to a very important position.