New Burnley manager Vincent Kompany is confident he can rebuild the relegated squad in spite of recent departures, with 'a few new players close to signing' 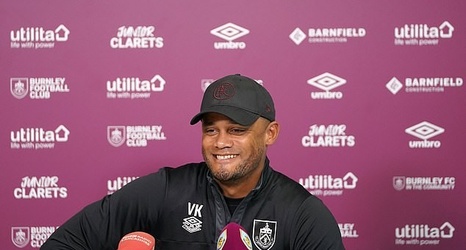 The Clarets have lost a raft of players, including Ben Mee, James Tarkowski and Nick Pope, since their relegation from the Premier League at the end of last season.

It leaves a big hole at the back for the side as their centre back pairing of seven years and goalkeeper of six leave together.

Kompany, who was appointed last week, said at a press conference: 'It goes with a potential drop in revenues when you fall out of the Premier League.